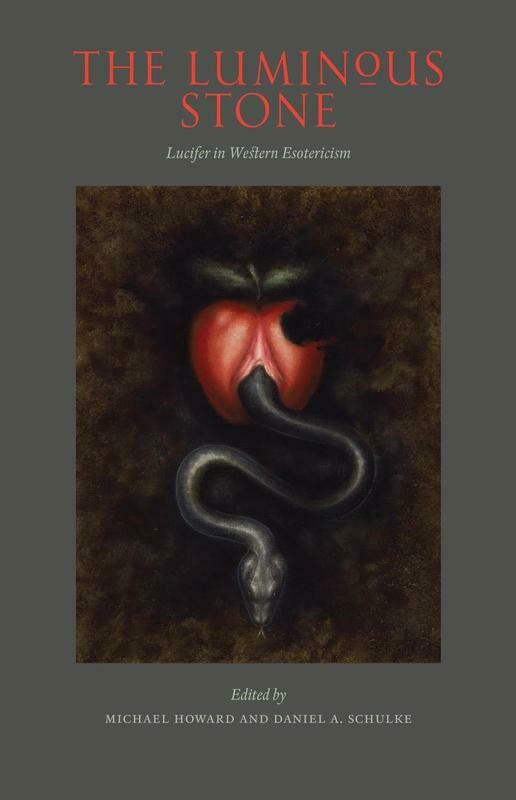 Chronicles the evolution of the figure of Lucifer, or the light bearer, throughout both the Judeo-Christian and the occult traditions.

"The Arcanum of the 'fallen angel' Lucifer evokes such concepts as heresy, rebellion, pride, liberation from the bonds of demiurgic oppression, and impetus for human evolution. Meaning 'light bearer', Lucifer has, from his earliest origins, been hailed by religious and artistic countercultures as a patron saint of enlightenment --the essential quality embodying overthrow of ignorance and the inspired process of revelation. Allied to ancient Gnostic cosmological conceptions, the fallen angel has also found dominion within occult traditions and philosophy. Lucifer has also, in many mystical traditions, assumed a female form in the guise of Lucina, Lucia and Diana Lucifera. In his guise as the Serpent of Eden, he bestowed a magical philosophy of the Luciferian Woman, she who was not born of the clay, and was therefore especially receptive to the forbidden powers which would render one 'as God.' Yet, outside most occult contexts, Lucifer is commonly conflated with the Christian figure of Satan, or the Devil, a relic of early Christian propagandists eager to repudiate and tarnish rival polytheisms. Ironically, this conflation of deific forms is where Christian dogma and some contemporary forms of Satanism are in agreement.The nine essays found within The Luminous Stone examine the evolution of the light-bringer in both traditional and contemporary occult contexts, shedding light on the Luciferic magical philosophies of such occult orders as the Fraternitas Saturni, the Order of the Morning Star, and the Cultus Sabbati, as well as the eroto-salvific Christianity promulgated by the Abbé Boullan. Also examined is the concept of Lucifer as the Witches' God, present both in folklore and in the modern witchcraft revival, as well as his link with individual revelation, and the nature of the critical interplay between Light and Darkness necessary of Luciferian illuminism."