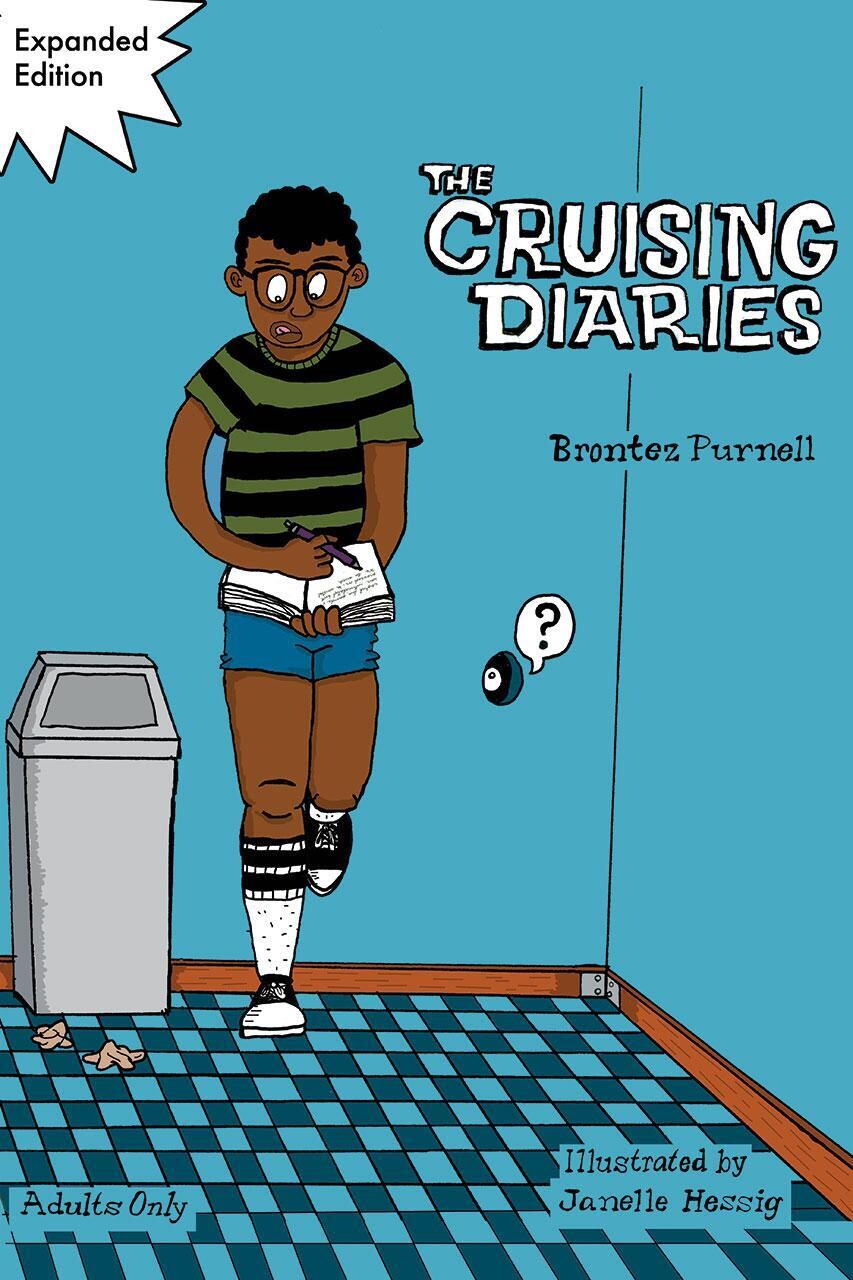 "The Cruising Diaries should be obligatory reading in every elementary school. Since I'm guessing that won't happen; BUY THIS BOOK. The stories will make you laugh out loud every time you read them" -- Kathleen Hanna, musician, Bikini Kill, Le Tigre, The Julie Ruin

The Cruising Diaries is a queer coming of age memoir that's not for the faint of heart. Follow author and musician Brontez Purnell on a series of hilarious sexual misadventures through '00s Oakland. Outrageous tales of taco truck trysts and bathhouse Santas are accompanied by full-color illustrations in this glorious expanded edition.

Brontez Purnell is a writer, musician, dancer, filmmaker, and performance artist. He is the author of a graphic novel, a novella, a children's book, and the novel Since I Laid My Burden Down. Recipient of a 2018 Whiting Award for Fiction, he was named one of the 32 Black Male Writers for Our Time by The New York Times Style Magazine in 2018. Purnell is also the frontman for the band the Younger Lovers, the co-founder of the experimental dance group the Brontez Purnell Dance Company, the creator of the renowned cult zine Fag School, and the director of several short films and music videos.

Janelle Hessig is a Bay Area writer, cartoonist, and humorist, best known for her contributions to small press and punk communities.

Janelle's Tales of Blarg helped define east bay punk fanzines in the '90s and beyond. Cartoonist, animator, writer, riot grrrl muse, and one-woman laff factory, Janelle's work can be found in subversive materials hidden under your mattress or scotch taped to your shitty teenage bedroom wall.

She's been a touring drummer, journalist, and the marketing director for Last Gasp. Her work has appeared on punk flyers and record covers since the beginning of time.
Save this product for later
Display prices in: USD