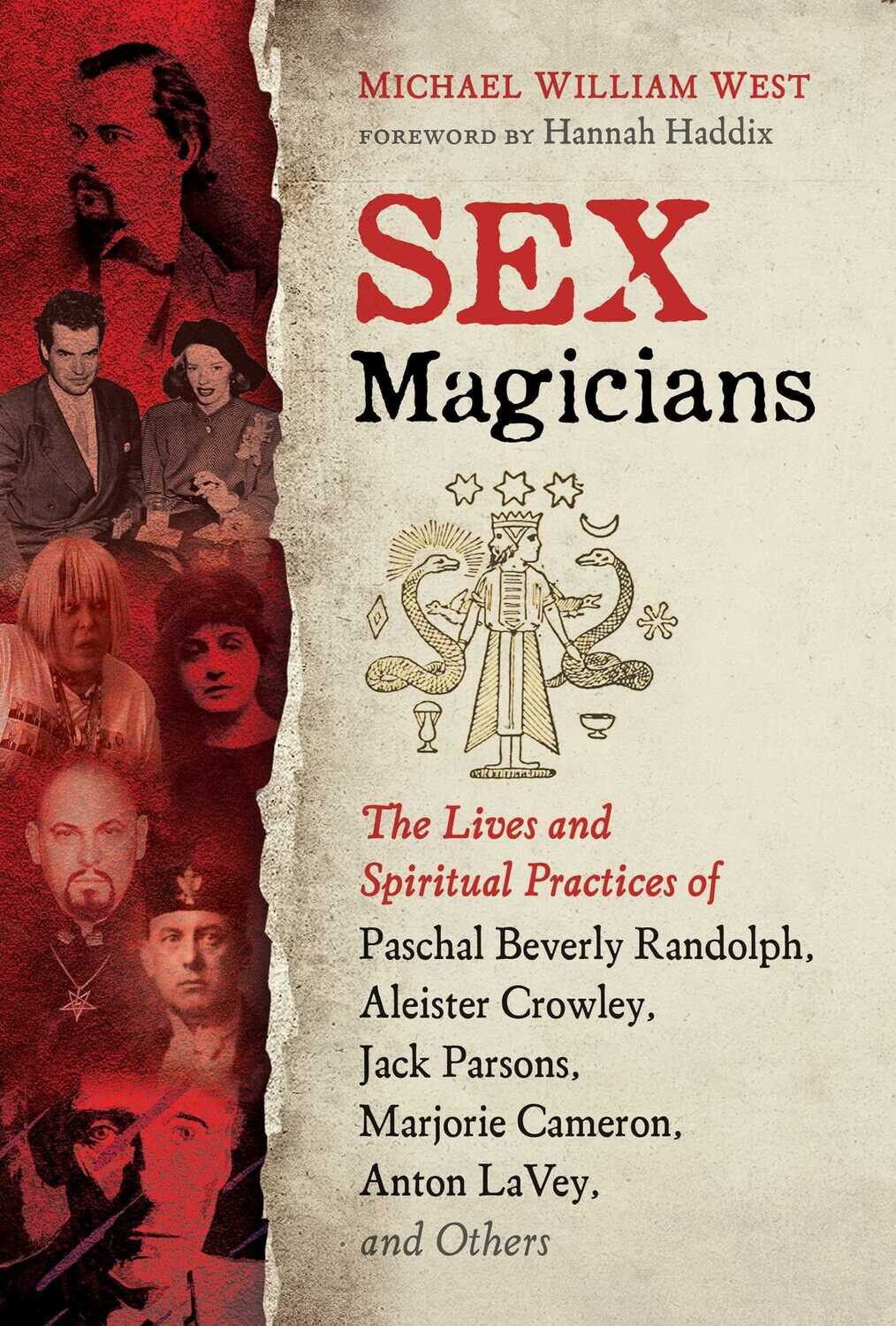 Offering a fascinating introduction to the occult practice of sex magic in the Western esoteric tradition, Michael William West explores its history from its reintroduction in the early 19th century via Paschal Beverly Randolph to the practices, influence, and figureheads of the 20th and 21st century such as Anton LaVey, founder of the Church of Satan, and Genesis P-Orridge, founder of Thee Temple ov Psychick Youth.
Focusing on 12 influential sex magicians, some well-known and some who have remained in obscurity, West details the life of each sex magician and how the practice of sex magic affected their lives. He explains how most of the figures presented in the book used sex magic as a means rather than an end, utilizing their practice to enhance and enrich their life’s work, whether in the arts, sciences, or as a spiritual leader. He examines what is known about Paschal Beverly Randolph, the founding father of modern sex magic, explores the tragic and mystical life of Ida Craddock, and discusses, in depth, iconic figures like Aleister Crowley and Austin Osman Spare, who saw sex magic as a source of artistic power and is now seen as a prophet of the chaos magick movement. Other sex magicians explored deployed magic to drive themselves to the highest echelons of achievement: in literature, William S. Burroughs; in music, Genesis P-Orridge; and in science, Jack Parsons, who openly used magic while making unconventional breakthroughs in rocket science. The author also examines Maria de Naglowska, Julius Evola, Franz Bardon, Marjorie Cameron, and Anton Szandor LaVey.
While these sex magicians each followed a different spiritual path and had varying degrees of notoriety and infamy, one common thread emerges from looking at their interesting lives: utilizing magic to know thyself and change your reality is a journey that requires imagination, creativity, and self-awareness to the quest for enlightenment.