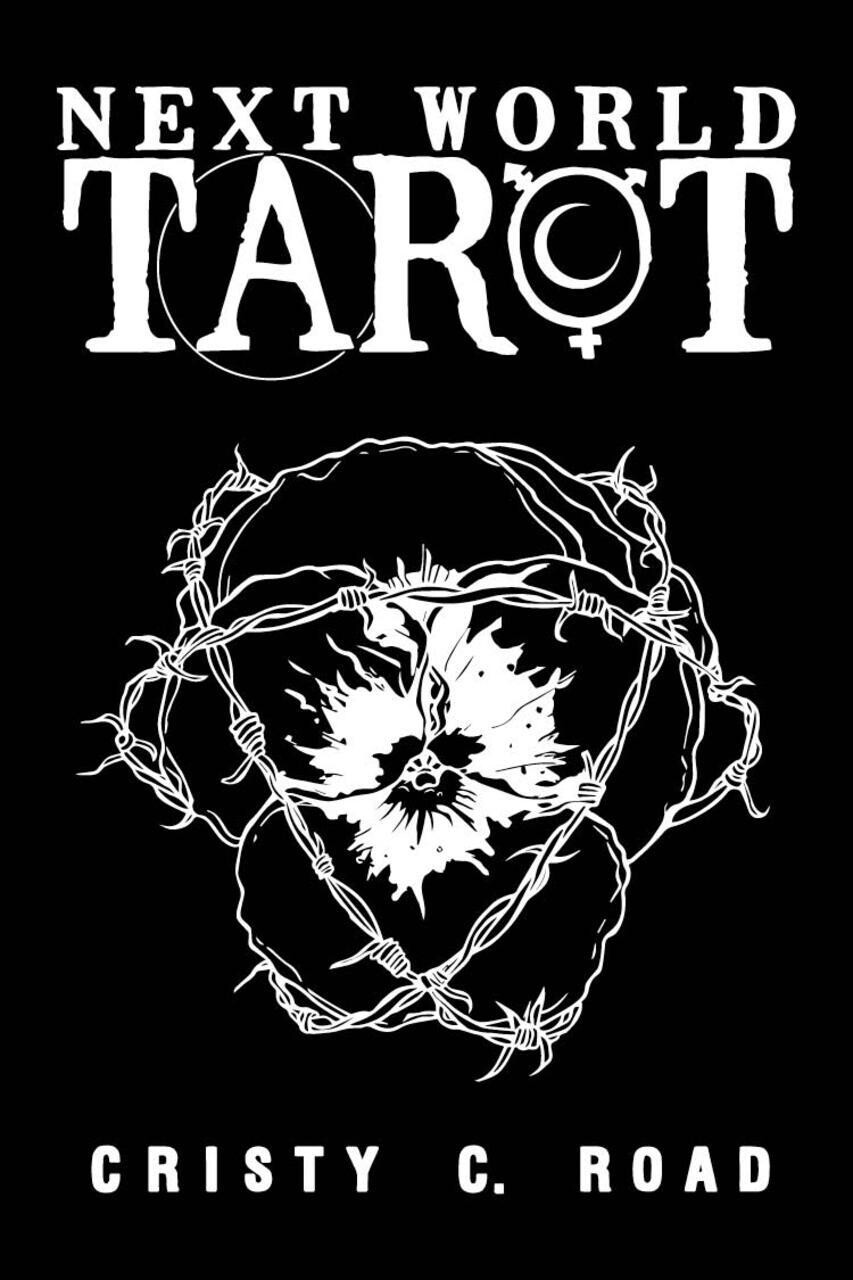 "Inspired by her friends and acquaintances, her deck features images of gay couples, people in wheelchairs, women in hijabs, minorities, the poor and seniors, set against a dystopian landscape." — New York Times

"Cristy C. Road, a Miami-raised, Brooklyn-based, Cuban-American illustrator, writer, and of course, total dreamboat, is no stranger to DIY, punk, queer, zine, and activist communities all over the place." — Bitch Media
"Cuban-American and raised in a traditional Catholic family, Road...does not fit into her cultural mold, finds salvation in punk rock, and has a conflicted gender identity." -- Publishers Weekly

The Fool's Journey is about smashing systematic oppression, owning their truths, being accountable to the people and places that support them, and taking back a connection to their body that may have been lost through trauma or societal brainwashing.

The NEXT WORLD TAROT is a visual spectacle of both the battle cry and the re-connection between outcasts and their criminalized identities.

This set includes 78 shuffle-friendly Tarot Cards at the standard 2.5" x 3.5" size, as well as an accompanying Tarot Reader written by Cristy C. Road.

Cristy C. Road is a Cuban-American artist, writer, and musician. Through visual art, storytelling, and punk rock music, C. Road has thrived to testify the beauty of the imperfect since she began creating art in her hometown of Miami, FL. Now, C. Road has almost 20 years of independent publishing under her belt, along with years of creating countless illustrations for a slew of magazines, record albums, event posters, and social justice organizations; as well as years of teaching though unconventionally through workshops and lectures across the nation.