Looking for a wider selection of sizes for logo gear? Check out our new print-on-demand service for tees, tanks, hoodies, mugs & more at WickedGrounds.clothing 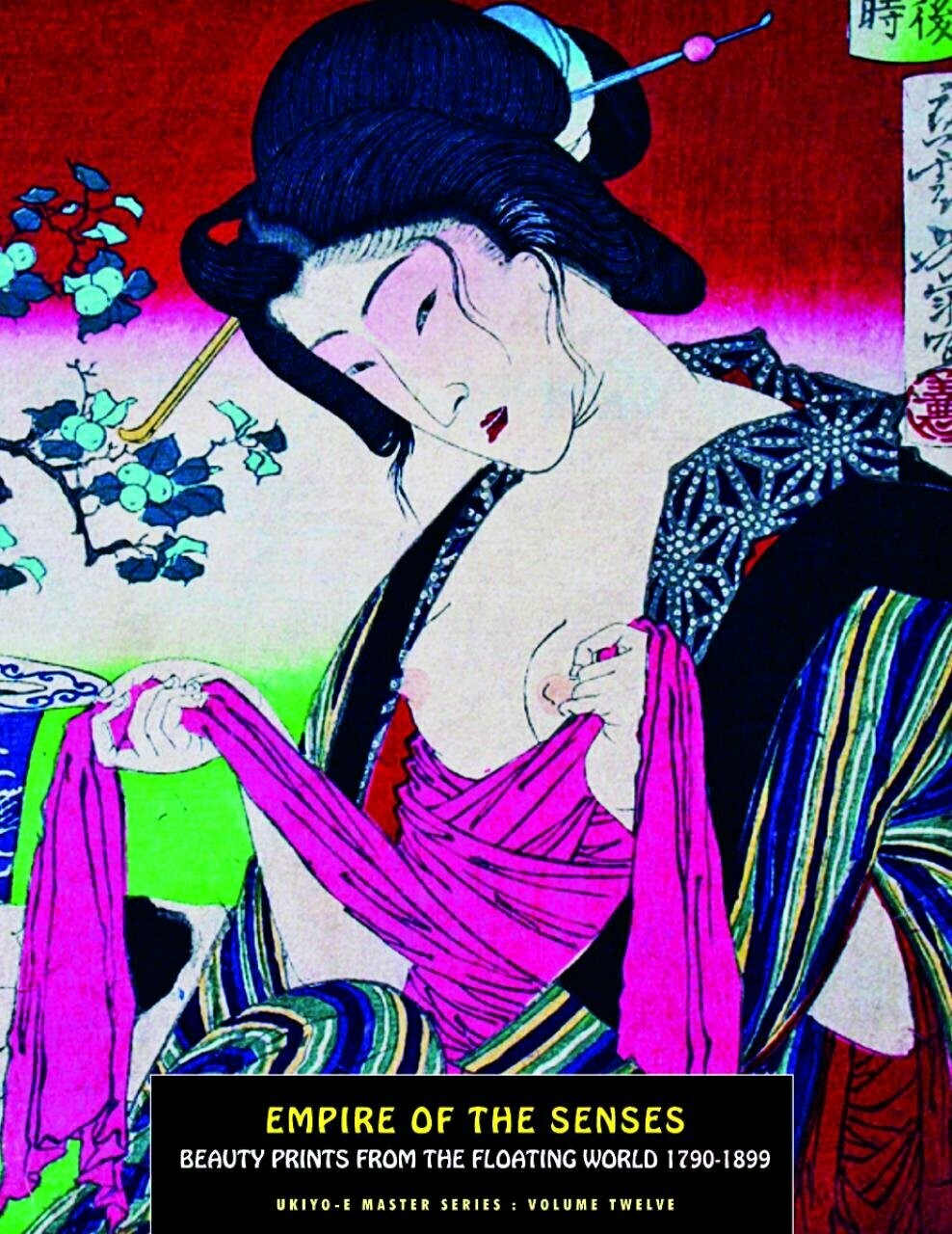 Empire of the Senses - Yoshitoshi

One of the most dominant strains of ukiyo-e ― "pictures of the floating world" ― in the early 19th century concerned itself with depictions of prostitutes and geisha, the denizens and queens of pleasure quarters such as the Yoshiwara in old Edo. A symbiosis between art and life helped form a new cult of the courtesan, an idealized icon whose skills in love-making were matched only by her sophistication, wit and elegance. In ukiyo-e, the exotic kimono of the courtesan became a canvas upon which artists like Kunisada could project their most outré, intricate and colour-saturated designs, dazzling bursts of flora, fauna and arcane symbolism. Known as bijin-ga ("beauty pictures"), this print genre flourished right up until the 1860s, when its popularity began to wane.

EMPIRE OF THE SENSES contains an extensive selection of courtesan portraits and triptychs, by artists ranging from Choki and Eisho to Kunichika, Kunisada II and Kyosai, as well as many other prints of female beauty. It also has sections on genj-e (beauty triptychs inspired by the literary classic Genji monogatari) and onnagata (kabuki actors who specialised in female impersonation), and includes two complete sets of classic bijin-ga from the Meiji period: Yoshitoshi's Fázoku Sanjánisá´ ("32 Aspects Of Beauty", 1888), and Kiyochika's Hana Moyo ("Flower Designs", 1896).

EMPIRE OF THE SENSES features over 200 rare and exceptional Japanese woodblock prints of beautiful women. The artists featured in the book comprise many of the most outstanding ukiyo-e print-designers of the Edo and Meiji periods, each of whom used their immense artistic talent and imagination to brilliantly illuminate the enigmatic allure of Japanese femininity.

Save this product for later

Since 2009, it's been our mission to make a safe space to explore kink, queer and sex-positive community. That means a place where we can be ourselves, in all our parts.

Due to COVID-19 precautions in San Francisco, we are not currently open to the public. But we hope to come back with our unique milkshakes and coffee drinks soon!

Looking for Wicked Grounds Annex? Go two doors south to 293 8th Street, and up one flight of stairs. Follow the signs!

Looking for virtual classes? We ticket through Brown Paper Tickets, and you'll get a Zoom webinar link one hour before the class starts to the email you signed up with!

Pick up Available by Appointment