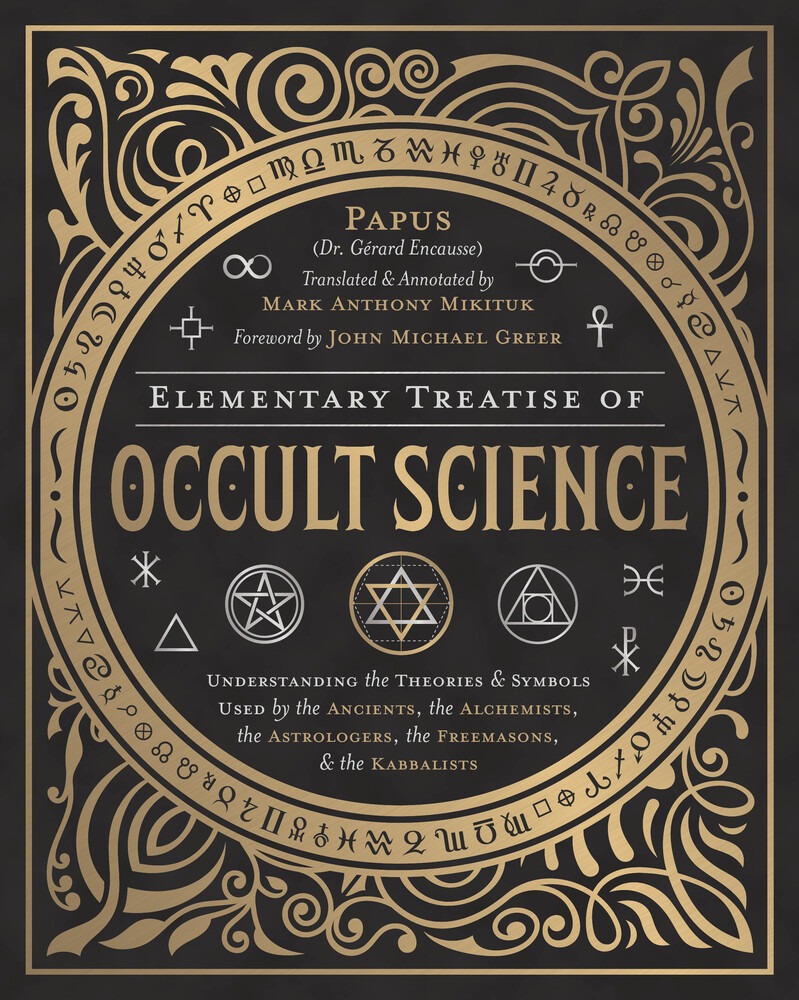 Explore Papus's Pivotal Teachings on the Secret History of the World, Symbols and Their Meanings, and the Nature of the Magical Universe

Available in English for the First Time

One of the most important books in the modern history of occultism, Papus's Elementary Treatise of Occult Science helped establish the shape of occult thinking and practice for decades...and its legacy as a source of spiritual philosophy continues today. Never before published in English, this work explores a fascinating interpretation of the history of the world and develops a powerful approach to decoding esoteric symbolism, a crucial skill for contemporary occultists. Papus also provides a stunning analysis of ancient mysteries, including Hermeticism, astrology, magic, alchemy, theosophy, signification of numbers, the astral plane, sacred geometry, Kabbalah, the tetragrammaton, the pyramids, and much more. This premium hardcover edition introduces the contemporary occultist to the ideas of one of history's most profound metaphysical thinkers.

Front Flap:
"Let us open the door and let us not be blinded by the light which escapes it, let us not be afraid to say that which must be said, because the masters wished that certain mysteries be revealed...What then have you seen on the occult side of the Universe?"—Papus

Elementary Treatise on Occult Science was one of the most influential books to emerge from the turn-of-the-century French occult revival—a detailed and readable description of the magical universe and humanity's place in it. Many important teachers and authors of the esoteric arts—including Madame Blavatsky, Rudolf Steiner, and Manly P. Hall—were influenced by Papus's vision of occult philosophy and the hidden side of history. This volume, translated and annotated by Mark Mikituk with a foreword by John Michael Greer, provides a captivating view of Papus's visionary mind and his radical ideas.